Pandering Drivers in need of PR skills, Whiney bloggers who think the league should super serve their whims, archaic fans asking the same stupid questions over and over, Graham Rahal acting dopey, Flip Flopping CEO's who would rather float trial balloons and than do proactive research and Pressdog snarking about the red and white cars...Let's F___ing Race....

In case you need something to get you in the mood...

Tune in Sunday at 12:30 to ABC Watch the Grand Prix of St Petersburg.  Know someone with a Neilson box in their house? Invite yourself over and watch the race there...
Posted by JP at 5:54 PM 1 comment:

26 – The Number that Makes Qualifying Must See TV 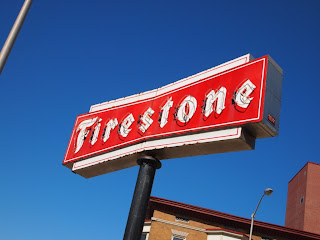 The Dangers of Compounding Effects

Editor's note, This evening the NFL labor discussions were extended another 24 hours, but read on you'll get the point...
The Izod IndyCar series has a winning poker hand and now it waits.  It now waits so see how big the pot gets.
That really is the situation the series has been in since the announcement of the Las Vegas sweepstakes.  Since its announcement everyone has been talking about the series that many forgot existed.  It has IndyCar fans interested and it has nascar drivers, media and fans talking.  Heck, Lance Armstrong just retweeted an offer from MaxPappis about splitting the prize with the Livestrong foundation to his 2.8 MILLION followers…This buzz in and of itself is a win for the league and unless they screw up the distribution of the 80k free tickets or one of the interloping drivers makes a mistake that costs a contender the title, the whole enterprise is will be a plus.
Now the question becomes what other good fortune might help this event have even greater impact?
The first place to start will be the drivers that come.  I personally think Roger and Chip have agreed already to have at least one of their cup drivers available that weekend.  Roger took extraordinary measures to bring Chevrolet back in the fold, it seems like a much smaller thing for him to say to Kurt or Brad, “Get on the Plane”. To all those who cry “Practice”, “Experience” etc… Remember the Penske shop is in Charlotte, down the road and around the corner from Charlotte Motor speedway which bears a strong resemblance to LVMS.
We also heard today that Chip is planning a driver swap, Jamie McMurray in an IndyCar at Barber and Scott Dixon in the Stock Car at Talledega, “For show”.  Suppose Chip will ask Jamie when he gets out of the car “So, what did you think?”  Throw in Brian Clausson and three driver slots are penciled in and now the waiting game begins to see if the league can do better than a former Cup champ, Daytona Champ and the reigning USAC champ.  The driver list is a win, the question becomes how much of one?
Then if things break right…
Some history first.  February 18, 1979…The Presidents day blizzard was paralyzing most the east and Midwestern parts of the country.  Football was over and lots of bored, home bound TV viewers began to scan their 3 available channels for something to watch…and they found it.  On that day, the very first live broadcast of any race in America was taking place, The Daytona 500 was airing live on CBS.  Until that day even Indy was tape delayed.  What’s more, the race was a good one and then on the final lap, Cale Yarborough attempted a sling ship pass on Donnie Allison who forced Cale into the grass where he lost control and took out Allison.  Richard Petty went on to win but no one much noticed because Donnie Allison’s brother showed up to the wreck and a fight broke out between the Allisons and Yarborough.  All who were watching were captivated, and nascar almost overnight went from being a regional southern sport to one of national prominence.  All because the weather, the race and the Hoo haa all broke right.
At this point, if this Post get posted something VERY important to the sport landscape of the country has occurred.  The clock will have struck midnight and the NFL lockout will have begun.  “Surely” you say “they have six more months to get this sorted out”. but honestly, the real posturing has just begun.  The first deadline has come and gone and there won’t be any reason to rush to a settlement.  The union will decertify and an anti-trust lawsuit will be filed.  It will get ugly and it may get harder to reconcile after blood has boiled.
If there is a delay in the football season games won’t start immediately, schedules have to be set, training camps have to occur preseason games have to get played and even if the lockout ended mid September, there would be no real games until after October 16…
Which happens to be the date of…The IndyCar finale at Las Vegas.  And if it were raining across large portions of the country bored sports fans will begin to start flipping channels, No College football, No Nascar (they run Sat night), No basketball, no Baseball (because they choose to play their playoff games after midnight for most the country) so what might these action thirsty fans find on ABC that Sunday afternoon???
IndyCar has a winning hand – now the waiting begins to see how big the jackpot gets…
Posted by JP at 7:46 PM No comments:

A Quick Thought About on Air Talent…

About six weeks ago a rumor went around that Versus was mixing up its on air talent for the upcoming IndyCar season.  At that time, the rumor had Lindy Thackson scrambling with Dan Wheldon to find a chair when the music stopped.  At the time several Bloggers took up Lindy’s cause, George at oilpressure.com was perhaps the most eloquent voice on the subject.  I offered the following comment to George’s post:
“As for Lindy, again I don’t see an immediate reason why she needs to be replaced, but truthfully we don’t know the options or the motives for considering such a move. Suppose the person they are considering to replace her with is Kevin Lee? Take a crack at taking a stand on that one. Then too, if the goal is to grow the audience, it may be a better growth strategy to have someone on staff that tells the audience that NBC considers this to be a top shelf series and event, by placing someone with broader than racing name recognition there.”
Late last week word rumbled through the same rumor mill that Lindy had been spared, but as it turns out Kevin Lee really was joining the Versus team in the Pits.  As with IndyCar rides themselves, if someone is coming, it must mean someone is going, and as we found out the person without a seat was the tanned grizzled veteran of the pit crew Jack Arute.  I like Jack as a pit reporter, unfortunately his role last season morphed into something quite different and frankly at times a little weird.  Whether it was the alternating sweaty vs dry shirts at Motegi, the Cheese grater or the over the top “Bring out the Gimp” moment that featured a helmet, a chain and a bowling ball all connected to Jack’s head, while somewhat amusing, these bits were mostly strange.  I think Kevin’s joining the team symbolizes a return to basics with a focus on strong “in the Moment” brand pit reporting.
Most people who are really involved with following IndyCar racing know who Kevin Lee is and I think most of us are very happy that he is getting this opportunity.  George wrote a fine biography about Kevin in a post about the Trackside show.  I think Kevin resonates with so many of us because he grew up a westsider, a Ben Davis grad (his only prominent flaw) and he knows what the 500 means to his fan base, because it means the same to him as well.
I was watching the end of the Phoenix nascar race Sunday and despite the critiques from many IndyCar fans about revisionist history and creative spins that come from the nascar on air personalities one thing is clear about all of them.  They LOVE their sport.  That enthusiasm comes through the television screen and an audience can sense that.
Hopefully as the line ups evolve for the IndyCar broadcasting partners, this basic enthusiasm for the sport will be a factor taken into account for hiring decisions.  In George’s post about Lindy I also offered this comment.
“I don’t see a particular reason anyone on the versus team needs to be replaced immediately, though I would suggest the lights races next year would be and excellent opportunity to groom a replacement for Bob in the future. They need to be thinking about that. In a year or two, Bob could move over the the narration role that Brent Mussberger has for the 500 with a younger more vigorous play by play guy taking the mic during the race. (I thought about blogging on this subject and off the top of my head the best I could do was Chris Denari of Butler BB, Pacer BB and IMS radio fame.”
I still think Denari would be an outstanding replacement for Bob if the day comes where it makes sense for Bob to move to a more stately position.  Likewise, should the situation change at the network broadcast partner in the next couple of years, Chris would be a great fit there as well.  He’s a Hoosier, he gets the race and what it means to its fans.
And Finally, as it seems there might be some openings now or in the future at IMS radio, I thought I’d put my two cents in here as well.  A place @IMSRadio needs to be found for Greg Rakestraw.  Greg is a southern Indiana guy, who went to school at the University of Indianapolis and while there starred as a collegiate tennis legend.  After graduation he landed at Clear Channel communications and was involved with sports at 1260.  From there he went on to host an over achieving afternoon talk radio show at 950, the littlest brother of the three all sports stations in Indy.
In Fact, since Greg left 950 for his new role at Hometown Sports, the ride home time slot has been pretty bleak listening for a racing fan.  The 1070 guy is a nascar guy who spends way too much time talking about what actress was naked in which movies and has turned the 1070 website into a hot or not site for stripper-tute head shots.  The 1260 guy does nothing but interview baseball types on how great his son will be in the big leagues one day.  And now 950 just sort of sounds like a high school station.
Sorry.  I went off on a bit of a rant.
Getting back to the point.  Greg always made a point to cover IndyCar as part of his show and has an enthusiasm for the sport.  Getting Greg on IMS radio would be restocking the shelf with talent that cares about IndyCar racing above and beyond the paycheck.  He gets it because he gets US.  I believe that On Air talent that can convey an enthusiasm for the sport because they feel it themselves, is part of the formula that will help the sport grow.
Posted by JP at 8:19 PM 2 comments: