Closure means not forgetting, but it also means moving on. IndyCar will be faced with many questions in the Days, Months and Weeks to come. Here are Some I have been pondering without conclusive answers. (I think that some other blogger may already be using the “5 Questions” format – Sorry for the infringement.)

Las Vegas Motor Speedway…Will IndyCar Return? Certainly, the day of and shortly thereafter that answer would have been “No way in Hell”. But in the big picture, Randy Bernard has chosen to invest in Vegas as an anchor event for the close of the season. It has been well documented that a $9m sponsor would pay for a race on the strip, so I imagine if that money is found, Vegas stays but LVMS doesn’t. But what if the $ isn’t there? Do they race again at LVMS? I doubt you could excite anyone about racing on the road course at LVMS, so that leaves the oval. But is it too dangerous? If it is, then how can the league Justify Texas, Fontana or a potential return to Chicagoland? All three places have a history of the same Pack racing formula producing their own grisly IndyCar incidents which make them no different than LVMS. Next year will bring a new car, fewer of them and a driver pool sensitized to the inherent risks. Perhaps the game will have changed for the fast high banked ovals.

Will the New Car Really be Safer? I think in many ways the answer is yes. The closed rear wheels, the expanded cockpit with thicker crumple padding around the driver and other things I probably don’t know about are all good things. My concern with the new car is this. Back when Dan was testing it, one of the surprises he listed was the improved visibility in the car. If you have seen pictures of him in the car, you get what he is talking about. My concern, does greater visibility mean greater head exposure? Based on Vegas and the incident with Felipe Massa a few years back, others have commented about the need for closed cockpits. There is a concept in Economic theory called “Pareto Optimality” where in a market a scarce resource cannot be reallocated such that the loss suffered by one is not offset by the gain of the recipient sufficiently to improve the well being of the market overall. I wonder if in some ways car design is near this point, what are the “Unintended Consequences” of a closed cockpit? Can you go back and add a canopy to a design for a car that was originally engineered to be open? Is this a design point for 2015? I do think this. IMS could and should be the leader in searching for a better design for a catch fence. If you recall the “Netflix Prize” competition, Pay a million $ (plus patent royalties) for the team that produces the best computer tested design option for a new catch fence. You would have civil engineering students the world over creating virtual designs on their own dime and time. Once the winner is chosen you could do an actual build out to test and validate the design.

What Will be the Effect on the IndyCar Brand? I need to tread carefully here, but the recent mass media attention IndyCar has received over Dan’s death will have an effect on the perceptions and future of the sport. What will that be? If you ever saw the movie “Charlie Wilson’s War” recall the Buddhist parable the CIA agent tells Tom Hanks at the end of the film… The incident will reinforce the perception that IndyCar is an “Extreme Sport” but what does that moniker mean exactly. Is something “Extreme” popular because it is inherently dangerous or is it that any kid with a skateboard who lives near a public park with a stairway can do something cool/stupid in front of his friends? Dale Earnhardt’s death galvanized the commitment of all those who loved Nascar and piqued the interest of many who never followed it, Others made money by selling “In Memorial” window stickers for the back of pickup trucks. The positive and negative ramifications linger still to this day. Dan’s death is now a given. If the sport is stronger and better 5 years from now, he will be proud. If people have merely exploited the tragedy for Money, it will be a Shame. For further reference Bing or Google “Smiths Lyrics Paint a Vulgar Picture”

Will Randy Bernard Stay? Damn, I hope so. Has his leadership had bumps in the road? Yes. Were many of these bumps in place before Randy? Yes. The training period is now over, the final lesson on motorsports has been taught. I’d like to see how the pupil utilizes his education. A fair read on the matter can be found at: Popoffvalve.com. Not to go all black helicopter here, but if you have seen all the slams in the mainstream press and people riling up discontent in the comment sections of other more well read blogs and forums, I sometimes wonder if someone with an agenda is seeding discontent.

Will the GoDaddy Sponsorship Stay? And if it does, who ends up in that seat? What are the dominoes that follow. Finding someone who can win races in that seat is probably easier (Vitor Meira for example) than finding someone with a big enough Q score to move the needle to make GoDaddy happy (the best candidate I can come up right now with is lounging around the ranch in Napolean, Ohio right now). I doubt that contracts in place with Dr Pepper/Snapple, Circle K or DHL would allow for a RHR or Marco shuffle into that car. Perhaps an investment is made to create a new star for the future. IDK. But this seems to be the biggest domino for the upcoming offseason.
Posted by JP at 4:19 PM No comments: 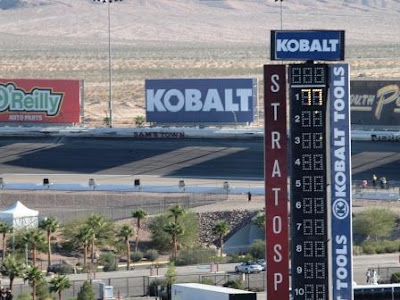 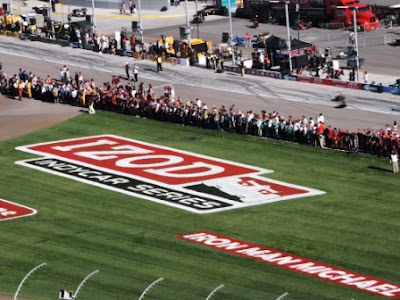 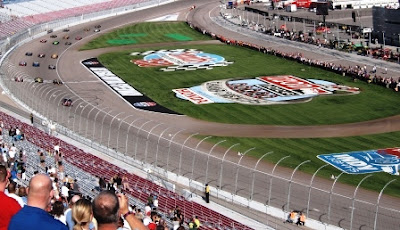 IndyCar Oval Fans Step Up to Save Race in 2012

Editor's Note:  If you are new to reading this blog, be aware that a significant number of the posts here are FAKE NEWS.  This blog is to IndyCar reporting what the Onion is to CNN.  Any quotes anywhere in this blog were never said by anyone, anytime or anywhere.
With that said, and by no means speaking for IndyCar or any of it's associated properties...If you think the following fake news item might well be a good idea, send a check to IndyCar designating "Save Kentucky" in the memo section.  Have a fine afternoon.  JP.

Threatened with the prospect of losing another two ovals for the 2012 season, IndyCar and its fans banded together to do the unthinkable … Create a Fan Sponsored Race.  The IndyCar Nation 300 at Kentucky Speedway will run October 7th, 2012 and will be a race for the fans, sponsored by the fans and Owned by the fans.
“We were in a pinch here” Said Randy Bernard CEO of IndyCar, “We had to do something different.  The financials just weren’t adding up for our return to either Kentucky or New Hampshire.  Track owners just weren't selling enough tickets locally to support these events.  We were in a situation where we needed to find title sponsors for each race or they both were done, off the schedule.”  Typically, title sponsorship runs about $300,000 for an IndyCar event.
The league resorted to the unusual business model of letting Fans monetarily support their own favorite race type as a last ditch resort.  Bernard continued “I have always thought, if I had had a $20 bill for every single person that sent me an e-mail or bitched about the lack of ovals in Miller’s mailbag or Cavin’s Q&A.  I’d be a rich man.”
Then IndyCar PR VP Amy Konrath had an epiphany… “You know we only need 15,000 people to give $20 each to make either one of these events happen.” Things took off from there.
“We beleive there is a market for open wheel oval racing in this country, but unfortunately it is not geographically concentrated enough to make local events viable.  This funding plan is a great opportunity for all those people who say they like to watch oval racing on TV but Can't get to a track near them to see the kind of racing they like.  Through Direct fan sponsorhip, Our fans directly determine the kind of racing that we as a league do.  In many ways it’s like a pay per view event, in fact, the plan is less expensive than most pay per view events out there.” commented Bernard.
Heroic, fan sponsored efforts to have a say in the destiny of professional sports teams or events is nothing new.  In the mid 70’s the city of Indianapolis staged a telethon on behalf of the Indiana Pacers to raise the entry fee dictated by the NBA required of franchises from the defunct ABA to join the League.  Even in IndyCar racing fans voluntarily stepped up with petty cash donations to keep fan favorite Sarah Fisher running during the 2008 500.
Bernard continued “We hope to have a website up within two weeks to begin accepting Fan support for the Kentucky event.  It will run through the end of the 2012 500 in May.  Depending on the amount raised, multiple oval events in Kentucky, New Hampshire, Milwaukee and Chicagoland could be added to the 2012 schedule.  For every $300,000 raised, we will add another oval race to the 2012 schedule.  If everyone at the 500 dropped $1 in one of the collection Jars at we plan to position around IMS in May, that would be enough to get Chicagoland back on the schedule.”
Fans who donate to the sponsorship program and attend a race in person will be allowed new levels of access to the league and the drivers themselves with invitations to special hospitality tents, driver appearances and garage access.  “The fans are our sponsors” Said Bernard “We are going to treat them as such”
When asked what he thought of the effort Bruton Smith, President of SMI, the company that owns Kentucky Speedway and New Hampshire Speedway offered “Gotta give it to these oval loving IndyCar fans, They are a dedicated bunch.  We screw ‘em for $80 a ticket and they come back for more!”
Posted by JP at 6:20 AM No comments: