The Gift of the Magi

News came on Tuesday that  Pippa Mann had secured a ride for this year’s Indy500. Within the small IndyCar Twitter-node the news was reason for an overflow of heartfelt rejoicing.  The IndyCar Twitter-node loves Pippa and rightly so.  More so than any other driver in the series she embraces the twitter-node letting them know she was their biggest fan and as a result they became her fans as well.  After a year out of a car, the release was Cathartic for all. 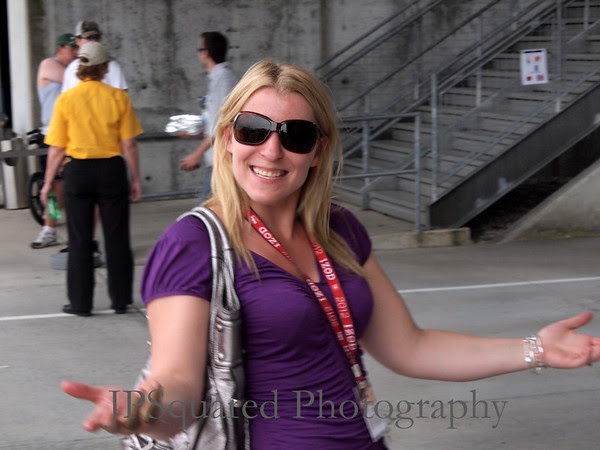 I was happy to hear the news as well.  Probably not for the exact reasons as everyone else, a slightly cynical outlook on my part dismisses many of the reasons most people were happy.
“Pippa engages the fans and responded personally to all their congratulatory tweets”  - Cynical JP said: “If IndyCar had the fan base it ought to have, the number of thank you’s would have been too overwhelming to address individually”.
“Pippa is such a hard worker chasing her dream” Cynical JP: “Bad people work hard to get what they want as well”
But I am thrilled for Pippa, and it is for a reason that melts away my cynicism to the very last drop.
Looking back to when Pippa was last in the car, she raced a partial season.  She bumped her way into the 2011 Indy 500 on a drama filled Sunday that we had not seen the likes of for years before or since.  Conquest was not a strong team and she persevered through a tough 500 miles.  But she finished, having completed a life’s dream, elated with the sense of having been there, joining an elite fraternity.
From there, the dream that season took a turn for the worse.  Pippa was picked up by Rahal Letterman Racing to drive three more ovals that season.  New Hampshire was a nightmare, several trips into the wall during practice and quals, left her a scratch on race day.  Kentucky, the site of a win in her Indy Lights days resulted in a forgettable 22nd place finish.
Then came Vegas.  We all know what happened that Sunday afternoon.  Sitting in the crowd that day it still sparks several visceral reactions for me.  For Pippa, Vegas meant getting caught up in the melee and coming out on the other side with a portion of her hand nearly burned off.  Surgery commenced and rehab lasted six months.
The season went from the highest of highs for a rookie to achieve to the lowest of lows.
The Aftermath of Vegas for the IndyCar community was a time of huddling together around the Wheldon family.  To help them in their time of need, a charity auction was put together.  Drivers from this series and many other donated items to it as did various other celebrities.
I looked through the items each day as new ones became available.  Most of the items would be classified as memorabilia.  Special because of association, but completely unique because there were others in existence similar to those being auctioned.  A race worn helmet from Driver X, but then Driver X probably had 20 race worn helmets.
Then one day I came across something that clutched my attention – An Indy 500 worn race suit from Pippa Mann.  The FIRST AND ONLY 500 Race Worn driver suit Pippa had.  I thought about how much that suit must have meant to her.  I am not a driver, but I can think of few other things that might be so precious to me if I were.  But there it was, on auction to benefit Dan’s family.
Pippa began her IndyCar career with the Panther Racing Indy Lights team.  She began her journey in the sport with Panther the same time Dan was their IndyCar driver.  We all know how Dan Loved Indy.  It was his life and his passion, unrivaled until the days his sons were born.  I see the same love for Indy in Pippa that we saw in Dan.  I imagine her love for Indy is a part of the legacy he left behind.  She paid respect to the gift of a dream instilled by giving back to the source, the greatest fruit the dream had yielded.
It was the Gift of the Magi. (Reference HERE)
I took away two thoughts after seeing the suit up for auction.  I should bid and if I won I would give it back to Pippa.  But the price got beyond what I could rationally afford and I never placed a bid.  Second, I hoped deep down that a day would come when she would have the opportunity to keep a suit she wore during a 500 for herself.  A worthy return for the most selfless of acts.
Pippa, If you make the starting grid this Memorial Day weekend, Congratulations and Enjoy the moment.  You deserve it.
Posted by JP at 10:33 PM 2 comments: